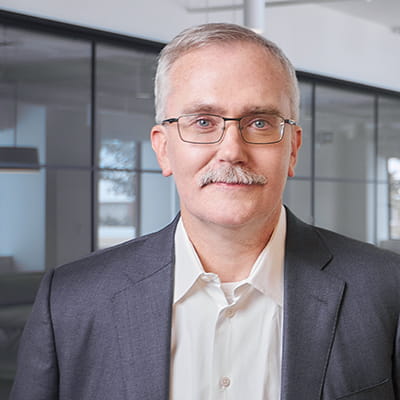 Groundbreaking research by CMHC has revealed that inadequate supply is a key driver behind escalating house prices in cities like Vancouver and Toronto. The lead researcher for that project – Deputy Chief Economist Aled ab Iorwerth – now coordinates a diverse national team of researchers and analysts who are investigating impediments to housing supply and potential solutions.

“Housing markets are local. Broader challenges such as supply are often common, but the drivers and magnitude of these challenges may differ significantly across the country. My goal is to help understand and inform on market dynamics, how they support or hinder housing affordability goals and to provide thought leadership on housing economics across housing industry participants.”

Aled joined CMHC in 2016, bringing his strong analytical and research capabilities to bear on complex housing issues. He previously had a 15-year career at Finance Canada, in various research and analysis roles that included secondments to Environment Canada and the Council of Canadian Academies.

Aled holds a PhD in Economics from Western University and master’s degrees in European and International Relations (University of Amsterdam) and Economics (Carleton University). He speaks three languages: English, French and Welsh.

Request Aled or another CMHC representative as a speaker at your event!