The complete set of results from the Survey of Social and Affordable Housing — Rental Structures are in. These results replace the data presented in the tables from the December 18, 2019 release.

Findings are available at the national, provincial, territorial, and centre levels for the following variables:

You will also find units by year of construction cross-referenced with the state of building condition.

Results are also available for provinces and territories for:

Here is an overview of the full findings.

Where we collected the social and affordable housing data: 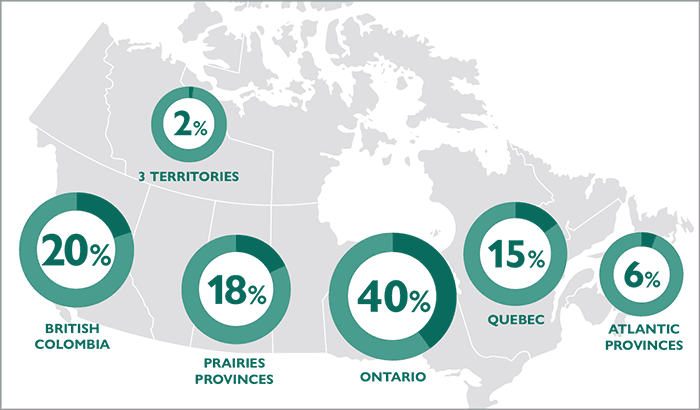 The survey covered slightly more than 468,000 units located in:

What type of organizations accounted for the units in the survey?

How old were the units? 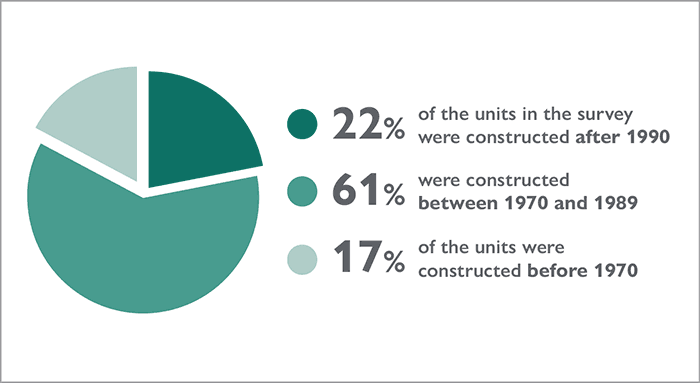 In 9 out of 10 provinces, 75% or more of the units were built before 1990. The only exception was British Columbia at 66%. The breakdown between pre and post 1990 periods of construction was nearly even for the three territories.

Respondents provided data on the number of unoccupied units in their portfolio along with the reasons why a unit was unoccupied:

The vacancy rate is defined as units that were unoccupied and available to rent but no lease was signed yet. This rate was 1.6% nationally. At the provincial and territorial level, the vacancy rate varied. It ranged from 0.2% in Nunavut, 0.3% in P.E.I, 0.6% in Ontario to 15.1% in Saskatchewan.

A key reason for Saskatchewan’s elevated vacancy rate is due to a significant share of units being located in rural centres. Declining populations in rural areas have reduced the demand for these units.

The unoccupied rate is calculated by dividing all unoccupied units by total units. This rate was 3% nationally. It ranged from 0.3% in Nunavut and 0.4% in P.E.I. to 5.1% in Alberta and 18.7% in Saskatchewan.

What was the average rent?

The survey also gathered information on rents according to number of bedrooms.

How were rents determined?

About the Survey of Social and Affordable Housing — Rental Structures

In November 2018, we launched the survey and spent a year collecting data. The survey gathers information on the characteristics of Canada’s social and affordable housing stock.

We asked questions that covered topics about the number of units per centre, number of units by bedroom type per centre, rent amounts, resident type and accessibility features. Respondents included providers of social and affordable housing, including different levels of government, non-profit organizations, cooperatives, and private companies.

There are several revisions of the earlier release because of additional data clean-up. This resulted in further reweighting for non-response to make sure that findings more accurately reflect the number of units by administrative body and the responses associated with these units.

The Survey of Social and Affordable Housing — Rental Structures is a result of the Housing Needs Data Initiative under the National Housing Strategy. Its goal is to develop data and indicators to understand progress towards improved housing outcomes for everyone in Canada.

Get the Social and Affordable Housing — Rental Structures data tables