The trend in housing starts was 219,047 units in November 2019, compared to 218,253 units in October 2019, according to Canada Mortgage and Housing Corporation (CMHC). This trend measure is a six-month moving average of the monthly seasonally adjusted annual rates (SAAR) of housing starts.

“The national trend in housing starts was essentially unchanged in November, reflecting slight increases in the national trends of both multi-family and single-detached starts" said Bob Dugan, CMHC's chief economist. “Vancouver saw a significant decline in the trend of multi-unit starts for a second consecutive month in November, following a period of elevated construction activity earlier in the year. However, this decline was offset by modest gains in the multi-unit trend in most other major markets, including Toronto.”

Rural starts were estimated at a seasonally adjusted annual rate of 12,759 units. 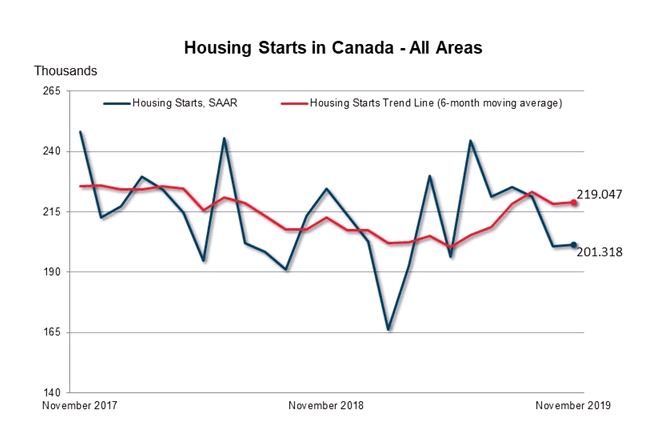