The trend in housing starts was 222,734 units in October 2020, up from 214,372 units in September 2020, according to Canada Mortgage and Housing Corporation (CMHC). This trend measure is a six-month moving average of the monthly seasonally adjusted annual rates (SAAR) of housing starts.

Rural starts were estimated at a seasonally adjusted annual rate of 12,291 units.

Monthly Housing Starts and Other Construction Data are also available in English and French through our website and through CMHC’s Housing Market Information Portal. Our analysts are also available to provide further insight into their respective markets. 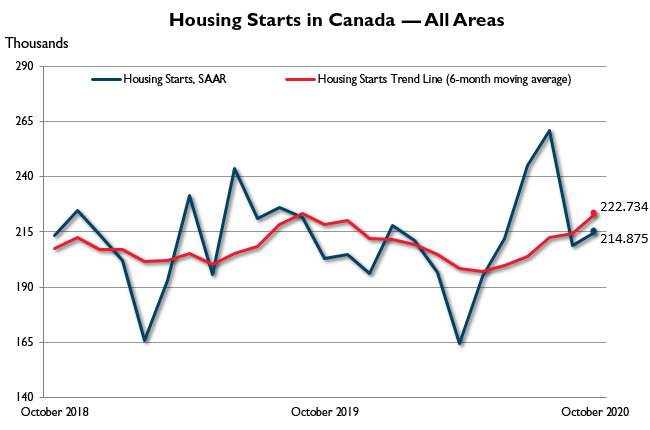