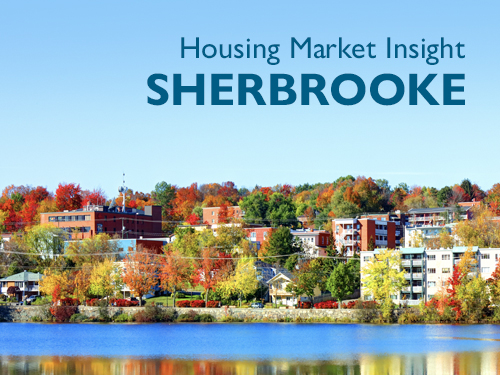 Between 2011 and 2016, residential property transactions on Sherbrooke’s resale market slowed down, and market conditions eased. What effect did these changes have on the housing types and geographic areas buyers chose? In other words, how did buyer profiles in Sherbrooke change from 2011 to 2016? And what’s happened since?

Our latest Housing Market Insight (HMI) for Sherbrooke provides answers to these questions. Using special data compilations from Statistics Canada’s 2011 and 2016 censuses, we reveal who bought what, and where, between the censuses. We also used data from the Quebec Federation of Real Estate Boards to see how the market changed from 2016 to 2018.

Our analysis provides a detailed look at the evolution of the Sherbrooke residential market from 2011 to 2018.

Our analysis of the Sherbrooke market showed that buyers’ habits changed little between 2011 and 2016. The following general trends, for example, remained the same over the period:

What did change, though, was the strength of these trends. Here are a couple of quick comparisons:

For condominiums, the increase in the share purchased by senior households was a result of the aging of the region’s population.

Since 2016, the residential property market in Sherbrooke has tightened. Sales in 2018 posted an increase of 5% relative to 2016. Employment growth in the area was a major contributing factor to this increase.

Sales of single-family homes and plexes accounted for most of the increase, while condominium sales remained relatively stable.

The next census, in 2021, will reveal whether the trends observed from 2011 to 2016 have persisted since then.

For the full picture, read the Sherbrooke Housing Market Insight